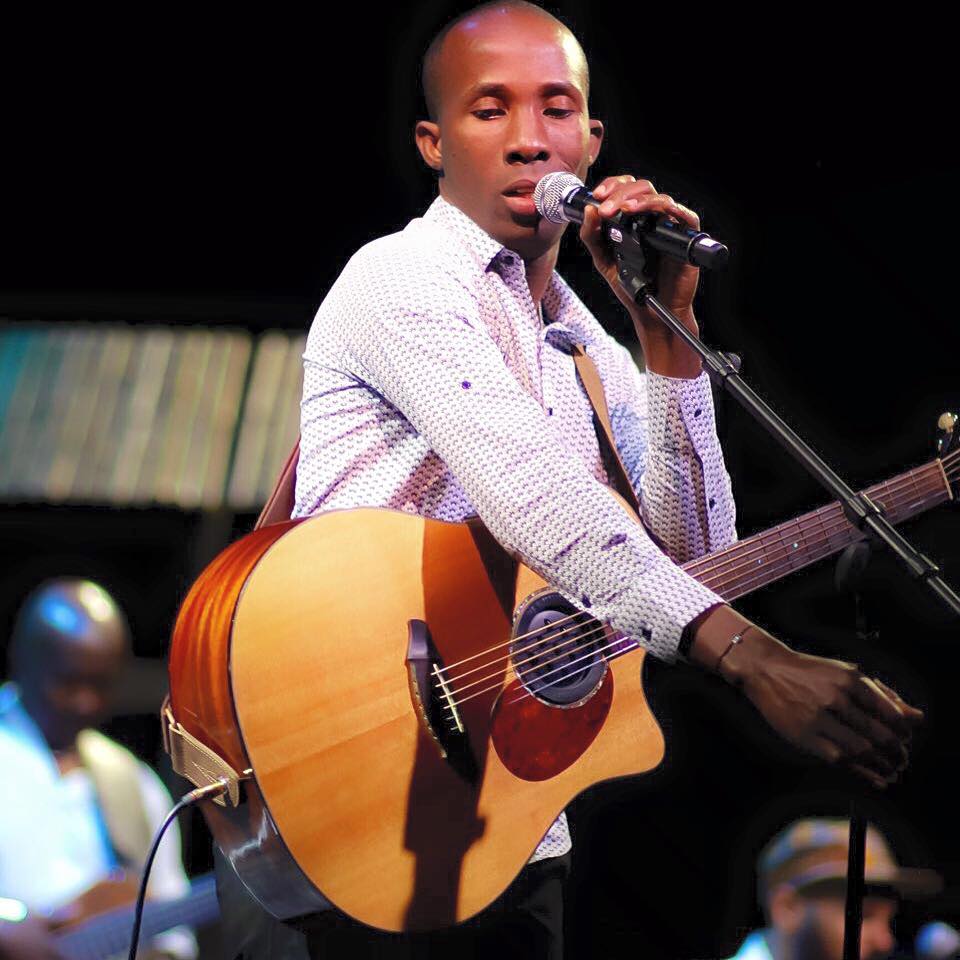 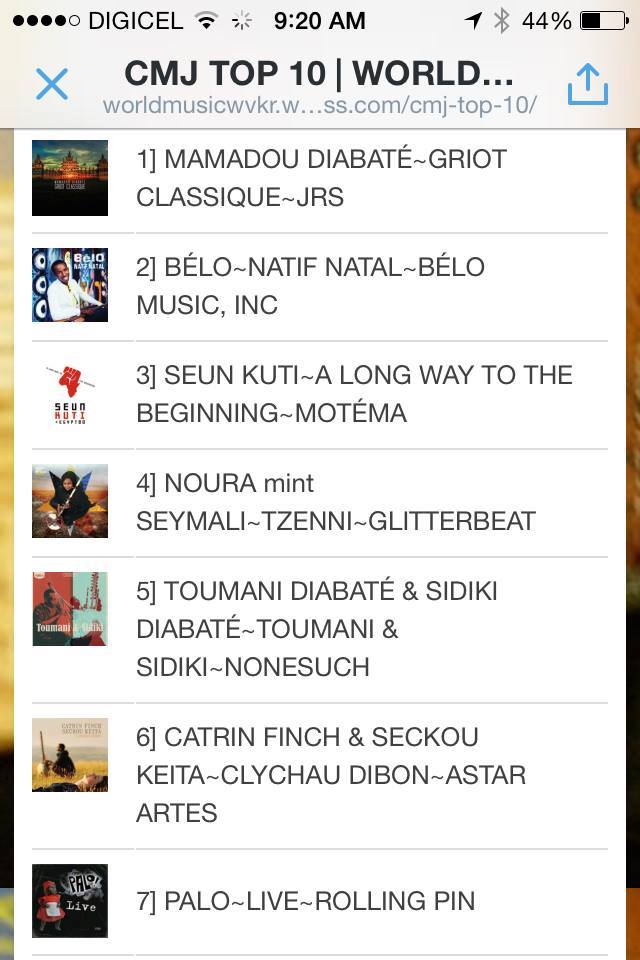 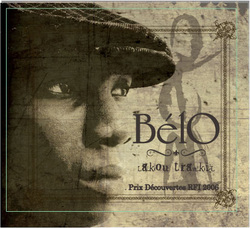 ​Lakou Trankil 2005 ( Soley Sounds )
-Prix Radio France International Discoveries of 2006,"-LAKOU TRANKIL ALBUM-
"Lakou trankil" (The calm backyard), BélO sees his country as a village where everyone knows each other, knows how to live together, and everything has its place.It featured a strong reggae flavour, impregnated with soul and Haitian "roots" influences. "Lakou Tranquil" took the airwaves by storm and radio and television stations were soon playing several tracks from it, notably "Match", "Dioré", "Lov pou Lov" and "Jasmine".  The talented young singer, songwriter and composer attracted a major youth following, teenage music fans identifying with his powerful songs criticizing general living conditions in Haiti and calling for national unity. "Lakou Tranquil" led to Bélo being named Haiti's "Best Newcomer of the Year" in 2005 (votes coming in from Radio Métropole, Radio Ibo, the television station Télémax and Ticket Magazine). Thanks to his song "Tenza", Bélo was named one of the "twenty top Francophone artists" at the Radioffonies contest, organised by Francodiffusion and the International Francophonie Organisation (as part of the Francophone Festival in France).

In November 2006, Bélo emerged as the winner of the prestigious "Prix Radio France International Discoveries award, staged in Douala, Cameroon. The award spread his fame even further afield and when he returned to Haiti he was welcomed home as a national star. He had also earned himself a new nickname in Douala, his new Cameroonian friends dubbing him "Bélo Haiti"!

In January 2007, Bélo turned his attention to the live circuit, performing concerts across Haiti, the U.S., South America and Europe. After this, he put a great deal of time and energy into preparing his African tour which kicked off in May 2007 and took him to Bamako (Mali), Ouagadougou (Burkina Faso), Niamey (Niger) and Accra (Ghana). Belo's tour of Africa ended with a grand finale in Senegal on 11 May - the day Bob Marley died and thus a day commemorated with various events in Senegal each year. Bélo took advantage of this calendar coincidence and used his concert to pay a personal tribute to the legendary "father of reggae." 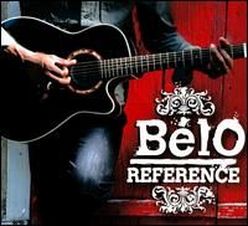 Reference 2008 (NatiProd/Discograph)-REFERENCE ALBUM-
After assuring such a hectic live schedule worldwide, BélO took time off from performing to work on material for a new album, entitled "Référence", which was released in the spring of 2008. He premièred songs from this new album to his Haitian fans first, performing a big concert at the Historic Sugar Cane Park, in Port-au-Prince, on 10 May 2008.Many critics noted how the twelve tracks on "Référence" were far more accomplished on a musical level than Bélo's debut and there was no doubt that the Haitian singer's vocals were also much more assured this time round. BélO extended his normal circle of musicians on his new album, too, working with the Argentine pianist Gabriel Saientz, the Costa Rican drummer Carlomagno Araya and the Hispanic/Venezuelan saxophonist Ed Callé. The American guitarist Andy Barrow and the renowned Cameroonian bassist and singer Richard Bona also put in guest appearances on "Référence."
Conscious of his new-found role as a musical spokesperson for his compatriots, Bélo tackled a number of hard-hitting themes on his new album on tracks such as "Mwen bouke" and "Timoun Yo", both songs on which he explored the destiny of Haiti's children. On another highly topical song, "Pap Negosye" (which he wrote during his trip to Africa), Bélo urged young people to use condoms instead of having unprotected sex. It was clear that Bélo had not only developed a new musical maturity, but his songwriting has come on in leaps and bounds, too.

Bélo performed in concert at the Opus Café, in Paris, on 20 June 2008 and appeared at the Fête de la Musique the following night, playing in the gardens of the Ministère de la coopération, in Paris. 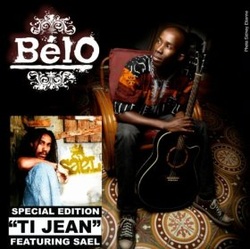 "Ti Jean" Single 2010 Featuring Saël- SACEM Special Prize Caribbean 2010
​"Ti Jean"  Single On 24 April 2010, Bélo received the Sacem Special Caribbean Award for his track "Ti Jean", interpreted in a duet with the Martinican singer, Saël, which is a call to send children to school to prevent them falling into the trap of violence. 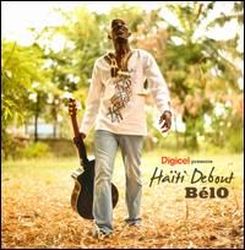 Haiti Debout 2011 (BelO Music Inc) Distribution: Radio france/Harmonia Mundi
-HAITI DEBOUT ALBUM
"Haiti Debout" is dedicated to Haiti and the strength of the Haitian people. With the third album, Belo took a step further into the roots sound exploring the Haitian "Rasin" rhythms and African flavors where we notice the presence of the talking drum and other similar percussions. During his travels, BelO met numerous musicians who wanted to share the love he has for his country by contributing a part of their culture to the album; hence Blick Bassy from Cameroun, Sael from Martinique, Thierry Fanfant from Guadeloupe, Amen Viana and Jean Baptiste Gbadoe from Togo, Harouna Samake and Prince from Mali, Patrick Ruffino from Benin, David Aubaille and Jean Lamoot from France and Gabriel Saeintz.Yet, the album would not be complete without his support system and Haitian entourage, and they are: Fabrice Rouzier, Andy Barrow, Harold St-Louis, Joel Widmaier, Valencia Laguerre, Carlomagno Araya, Jowee Omicil, Emmanuella Michel and Claude Saturne.

The belief that surviving hardship makes us more resilient is what inspired "Haiti Debout." The most revealing track on the record is "Wozo," (Reed) pitching the tone of the album. BelO says "Ou se wozo ... ou mèt tande'w pliye, ou pap kase." "You will bend but will not break.

During the month of June 2011, Bélo took part in the Équation Musique tour initiated by the Institut Français and the Organisation Internationale de la Francophonie to promote emerging artists. His tour took him to Europe (Germany, Italy, UK, Romania, France) with two African singers, Wanlov the Kubolor (Ghana) and Winyo (Kenya). 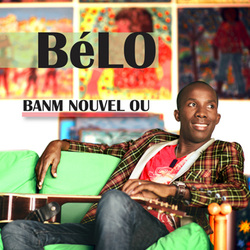 Banm Nouvel Ou 2013BANM NOUVEL OU
There isn’t a box big enough to contain BélO’s muse. For those of you who are just getting comfortable with BélO’s laid back musical style, think again. BélO’s long month Center Stage tour in the U.S. swayed the single, “Banm Nouvel Ou,” to non-clichéd perceptive. BélO rolled out a Reggae-Pop with a surprising fusion hint of Country twang (U.S)/Konpa (Haiti) guitar intro and West African earthy beats. 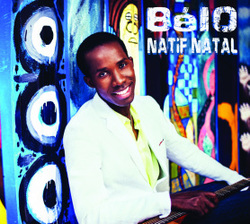 -NATIF NATAL (2014)
The social crusader is first a lyricist before a music composer, and it comes to no surprise that the first track “Detripay” (Gutted) depicts the world being pulled apart from the inside out revealing prostitution, human trafficking and rape. BélO’s poetic vision and his colorful Kreyol proverbs are put on full display in “Natif Natal”.  A constant social spirit throughout the entire album sending a message of hope (Track 4 Pa Lage), holding on to love (Track 10 Abondans), and despite critical labels of society one should be able to accomplish its mission in life (Track 9 Pa Koute Yo). “Natif Natal” is dedicated to mankind and the dream of a world without boarders (Track 11 Citizen of World).

“Natif Natal” is produced by Jean Belony Murat a.k.a BélO; arranged/final mixed by Andy Barrow. BélO refused to be shackled by the limitations of one genre and threw a wider net to capture various sounds for “Natif Natal”. “I am a native from Haiti, and I want to be part of the global musical movement” –BélO. Effortlessly, BélO’s sound leaps from his native traditional Haitian roots, Rock/Pop, old school Reggae, vintage Bossa Nova and R&B. The structural shift across the whole album is very apparent. BélO’s signature jazzy touch from his second album reappears while cultivating a more organic sound. BélO is known as being Haiti’s live acoustic innovator, yet he has never recorded in that style. The recording features songs in a greener format like: a call-and-response chorus, acoustic guitar and Haitian Tambour (congas) arrangements (Track 4 Pa Lage & Track 13 Tinonm). ​​ 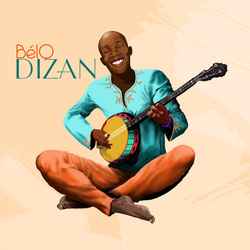 BélO  released “Dizan” (10 years), his newest album, on April 15, 2016. Dizan (10 years) comprises two discs with 11 identical organic acoustic tracks. The first disc revamps BélO’s hits in a solo version. The second disc is a vocal hybrid interpretation of the same tracks by a host of Haitian artists from different musical genres (Konpa, Rasin, Rap Kreyol, Reggae and Folk). The tracks are hand picked from four of the previous albums to create the Best of BélO, a total of 22 songs.